Getting to know Sanborn FIPs

Sanborn produced these FIPs beginning in 1866, and their last update was in 1977. They mapped approximately 12,000 towns and cities across the United States, and many of their FIPs are now housed in archives around the country as well as the Library of Congress.

While created to serve a role in business, Sanborn FIPs help geographers and historians around the world to better understand everyday life in our historical cities and how these cities changed over time. If we look at the same city block over different map years, we can determine which buildings were added, demolished, or had changes in their usage. The ability to see what professions were available can tell us a lot about the vitality of a town or a city.

Each Sanborn FIPs included a key allowing us to understand what the colors and symbols represent. Click on the image below to enlarge: 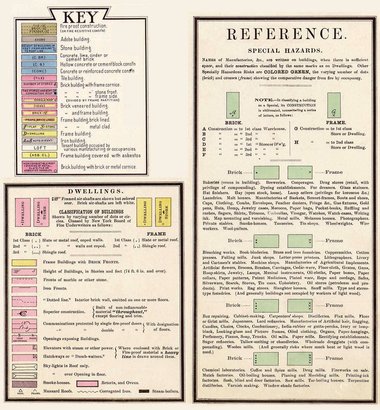 Two examples of buildings and their symbols are explained below.  Notice the symbols and their location remain consistent on each map. For example, the icon for the roof is in the corner of each building. The roof's symbol, an X, a solid circle, or an empty circle,  changes based on the type of roofing material.  For business customers, Sanborn FIPs were easy to understand and use, and this contributed to Sanborn's growth and success.

​Additional colors we might see include:
Brown for adobe
Gray for metal or iron
Green for special
Many FIPs in the Keweenaw Time Traveler are in color, but some FIPs are black and white because we only have access to microfilm versions. While we can't see colors to determine building material, the keys are detailed enough that we can still use them to get information. 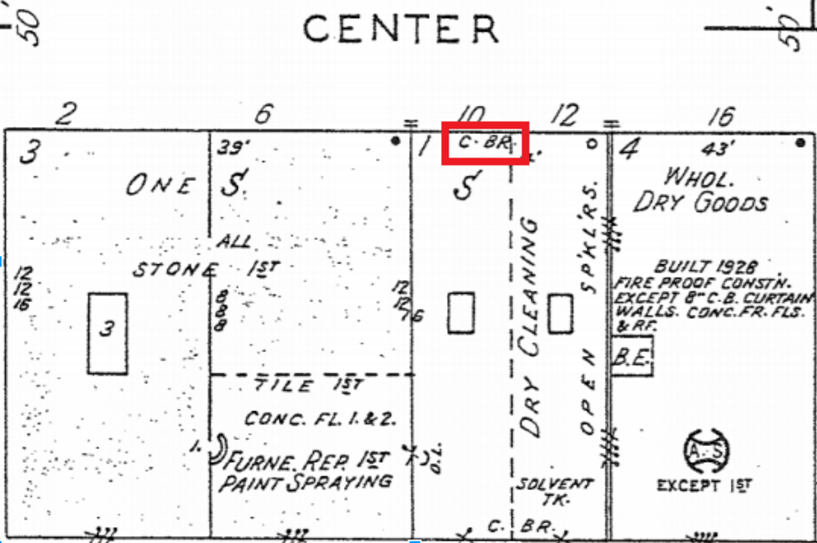 dditional Resources:
If you want to know even more about Sanborn FIPs, the Library of Congress has additional information here.
​